Computer Networking Technician in Surrey BC

Computer Networking Technician:- We can help you with a small home wireless network or a large business network. We can provide design, setup and maintenance.

network is a group of two or more computer systems linked together. Basically when we connect multiple computer together is called network.There are many types of computer

In addition to these types, the following characteristics are also used to categorize different types of networks: 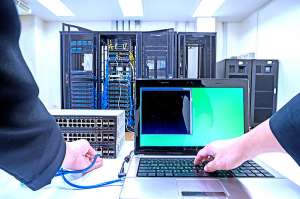 Computer networking is the engineering that creates communication between computers and other devices. Learn about the different types of networking and the systems that make networking possible.
Computer Network Technician
Computer networking technicians are called “network mechanics” because of their ability to solve problems in all kinds of network environments. Since just about every business depends on computer networks, computer networking technicians can find job opportunities in every sector. Your job might involve IT infrastructure support and service, information systems, network or systems administration.
Most Computer Network Technician are trained on the following tasks
what is Network ?
If you have two or more computers in your home, have you considered networking them? A network allows your computers to share files, a printer, and an Internet connection. Even better, a wireless network is the cutting-edge way to connect all of the computers in your home. Wireless networks are perfect for people who want to connect laptop and desktop computers or for people who don’t like to be tied down. And when you go wireless, you won’t have the inconvenience of tripping over unsightly cables.
A computer network or data network is a digital telecommunications network which allows nodes to share resources. In computer networks, networked computing devices exchange data with each other using a data link. Strong network structure is a backbone of today’s cutting edge technology to run any business or home technology smoothly & efficiently.
Any question about your business and home Networking please send us email or  call us we will send our certified Computer Network Technician to you location.